October 19, 2018 marks the 39th anniversary of Prince’s self-titled second album–not the most glamorous occasion, perhaps, but reason enough to reassemble the review panel from our For You podcast for a reappraisal. Once again, Zach is joined by Harold and KaNisa for a track-by-track discussion of this underappreciated album, its resonances throughout Prince’s career, and why it still matters.

podcast, you can subscribe to dance / music / sex / romance on your aggregator of choice (iTunes, Stitcher, or Google Play); and if you like what we’re doing and want to spread the word, please leave us a review! In the meantime, the d / m / s / r blog will return next week with one last track from 1981.

END_OF_DOCUMENT_TOKEN_TO_BE_REPLACED

I have to begin with another apology: I had hoped to get this last installment of the podcast up early in the week, but I’ve been busy with job interviews, house hunting, and most recently, an illness that is definitely audible on the outro I recorded last night. But here, at last, is the final full installment of my now month-old conversation with writer, philosopher, and fellow Prince obsessive Jane Clare Jones. This is the one we’ve been building up to for the last month: a reckoning with the psychological factors that led to last year’s deeply tragic, avoidable death. But in case you’re concerned this will be prurient muckraking in the Prince: The End/When Doves Cry tradition, please know that it’s coming from a place of genuine love, and is grounded in research rather than wild speculation. And if you’re also (justifiably) concerned that it’s going to be a depressing slog, I promise it’s not all as grim as it might sound.

And with that, the first wave of the d / m / s / r podcast is over! Jane will be back, probably sometime next month, to talk about the Purple Reign interdisciplinary conference at the University of Salford; I also still have a short, lighthearted chunk of our original conversation that didn’t quite fit this episode that I’d like to post at some point. But other than that, the future is a blank slate. I’d love to hear your thoughts on where to go with the podcast–topics to discuss, suggested guests, etc.–because it seems a shame to go to the trouble of making a feed, etc. just for one month of episodes. In the meantime, as always, you can find me on any of the major podcast services–iTunes, Stitcher, and Google Play–where you’re invited to leave a rating or review; you can also listen to the podcast on Mixcloud. I hope you’ve enjoyed these as much as I have. Thanks!

END_OF_DOCUMENT_TOKEN_TO_BE_REPLACED 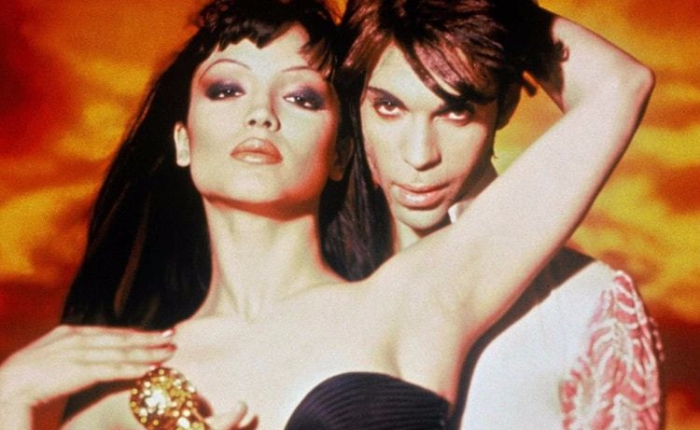 Way back in mid-April, I spoke with writer, philosopher, and fellow Prince obsessive Jane Clare Jones for so long that our conversation ended up being split into four parts; but by the end of that conversation, we were also talking around things more often than we were talking about them. So, last week, we got together for a redo. The resulting podcast is a Frankenstein’s monster–but a fun, interesting Frankenstein’s monster!–of our original discussion on Mayte’s The Most Beautiful

(placed, for maximum confusion, at the end) and some setup for the things we were talking around–which we’ll finally address in our episode next week. We also take advantage of the passage of time by discussing some of the major developments in the Princeverse last month: the Celebration, “Deliverance,” and that godawful TV movie.  I promise it’s all a lot more coherent than it sounds.

You can listen to the podcast here or on any of the major aggregators: iTunes, Stitcher, and Google Play; feel free also to subscribe and leave a review on the service of your choice. We should have it up on Mixcloud soon, too. If you’re just coming in now, you can–and should!–check out the first and second episodes here. As always, thanks for listening!