Note: As we embark on another new year, I thought it was about time to check in on one of the many alternate realities in our vast multiverse. If you’re new to the blog, yes, this is totally made up: just a way of thinking about a particular moment in Prince’s career from a different angle by exploring the possibilities of what might have been. This time, I wanted to dig a little deeper into the idea–discussed in a previous post–of how Chuck Statler’s unfinished concert film The Second Coming might have been received had it, and not Purple Rain, been Prince’s feature film debut. What you’re about to read is my best impression of the kind of review that might have appeared in a mainstream magazine or newspaper circa late 1982. As always, this exercise in speculative fiction is not to be taken seriously. And if these posts aren’t your thing, don’t fret: I’ll have something more conventional for you next week!

END_OF_DOCUMENT_TOKEN_TO_BE_REPLACED

Controversy was released on October 14, 1981, days after Prince’s disastrous experience opening for the Rolling Stones in Los Angeles. The album outperformed both the previous year’s Dirty Mind and (narrowly) 1979’s Prince, reaching Number 21 on the Billboard 200 and Number 3 on the Top R&B Albums chart. A little over a month later, on November 20, the Controversy tour launched at Pittsburgh’s Stanley Theatre with opening act the Time.

After this time spent licking his wounds (and, more importantly, rehearsing), Prince returned with his most grandiose show to date. The tour-opener in Pittsburgh kicked off with the brazen call to arms “Sexuality”–complete with a full recital of the “tourists” speech–before hitting the audience with a turbo-charged version of “Why You Wanna Treat Me So Bad?” “Jack U Off” flourished in front of the sympathetic, largely female crowd, earning squeals rather than jeers; it was followed by the similarly crowd-pleasing “When You Were Mine” and “I Wanna Be Your Lover,” both with glistening new synthpop arrangements. From there the band launched directly into a surgical rendition of “Head”–by then such a live staple that the audience got to take a solo on the chorus. Shifting gears from that song’s masturbatory climax, a punkish “Annie Christian” followed, enlivened by Dez Dickerson’s guitar solos; then it was back to the crowd-pleasers with “Dirty Mind.” Despite being only five weeks old, “Do Me, Baby” had already earned its place as a concert setpiece–a designation helped, no doubt, by Prince’s onstage striptease. Closing out the setlist proper was a rousing rendition of “Let’s Work,” followed by a hat-trick of encores in “Controversy,” “Uptown,” and “Partyup.”

END_OF_DOCUMENT_TOKEN_TO_BE_REPLACED 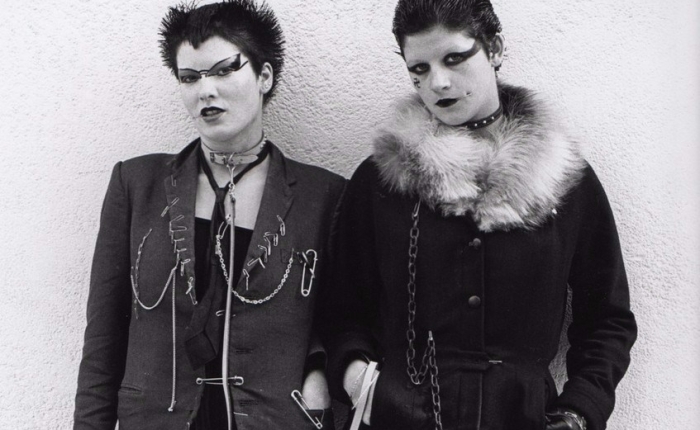 Prince’s adoption of a punk aesthetic in late 1980 and early 1981 was, as we’ve seen, an act of calculation; it would be a mistake, however, to assume that it was only that. For one thing, Prince’s New Wave songs were simply too good to have been born of strategic considerations alone. For another, as his cousin Charles Smith recalled, the artist was a known fan of “the whole English scene… He’d always been into David Bowie and that kind of stuff” (Nilsen 1999 72).

It thus stands to reason that when Prince finally made his way to punk’s epicenter, London, in June of 1981, his P.R. approach combined thinly-veiled opportunism with genuine homage. He promoted his one-off date at the West End’s Lyceum Ballroom with a pair of high-profile magazine interviews: one with Steve Sutherland of Melody Maker, and the other with Chris Salewicz, whose tenure at NME alongside writers Tony Parsons and Julie Burchill had helped frame the discourse around British punk. Warner Bros. even took the opportunity to release a U.K.-exclusive single in advance of his visit: a distinctly New Wave-flavored outtake from the Dirty Mind