Note: Just in case there is any confusion, the below is entirely made up, albeit with perhaps an excess of dedication to historical plausibility. See my previous “Alternate Timeline” post on For You for a better explanation of the concept. And have fun!

The late 1970s and early 1980s punk scene in Minneapolis and St. Paul played host to a number of noteworthy groups: Hüsker Dü, the Replacements, the Suburbs. But none were as eclectic, or as underrated, as the multi-racial, gender- and genre-bending act known as the Rebels. A far cry from a conventional “punk” band, the Rebels were a motley crew of disaffected Northside funksters, suburban bar-band escapees, and even a few seasoned pros, whose wild live performances made them the first group from the Twin Cities underground to be signed by a major label. Their self-titled 1980 debut for Warner Bros. was both critically acclaimed and hugely influential for a generation of genre-agnostic musical provocateurs, but internal tensions kept them from fulfilling their full potential. Still, almost four decades later, the mark of the Rebels remains evident across the contemporary pop landscape, from alternative rock to electronic music and hip-hop.

END_OF_DOCUMENT_TOKEN_TO_BE_REPLACED 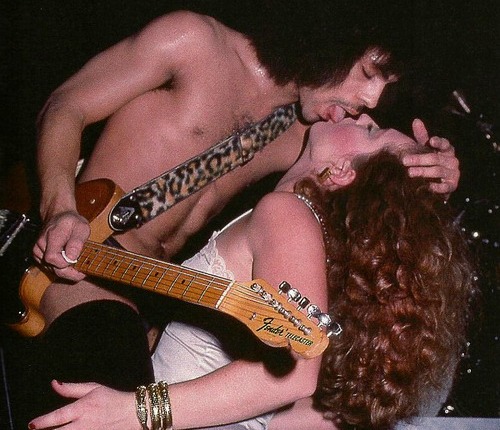 As we discussed last week, one of the key functions of the Rebels project was that it allowed Prince to test out new and divergent musical approaches before incorporating them into his own “official” work. In particular, keyboardist Matt Fink later told biographer Per Nilsen, Prince “wanted to try this punk rock/new wave thing with The Rebels because he was too afraid to do that within the ‘Prince’ realm. It was an experiment” (Nilsen 1999 58). The experiment turned out to be a successful one: Prince’s next album, 1980’s Dirty Mind

, would be heavily influenced by both the sounds of New Wave and the confrontational attitude of punk. But before there was “Dirty Mind,” “Sister,” or “When You Were Mine,” there was “You”: the laboratory where he constructed his edgy new style, and a minor classic in its own right.

Like “The Loser” and “If I Love You Tonight,” “You” was conceived as a vehicle for keyboardist and backing singer Gayle Chapman. Unlike those songs, however–or, indeed, any of Prince’s earlier attempts at writing from a woman’s perspective–here he casts Chapman in a much more sexually aggressive role. She shrieks the lyrics like a banshee in heat, licking her lips over a prospective lover’s hard-on and even threatening him with rape: the first known appearance of one of Prince’s darkest early lyrical tropes. Within a few months, Chapman would leave the band: a decision that has often been attributed to her objection to Prince’s increasingly outré lyrics. But, as she noted to the Beautiful Nights fan blog, “I sang ‘You.’ So, what? (Singing lyrics) ‘You get so hard I don’t know what to do.’ How stupid was I? ‘Take your pants off!’” (Dyes August 2013).

END_OF_DOCUMENT_TOKEN_TO_BE_REPLACED 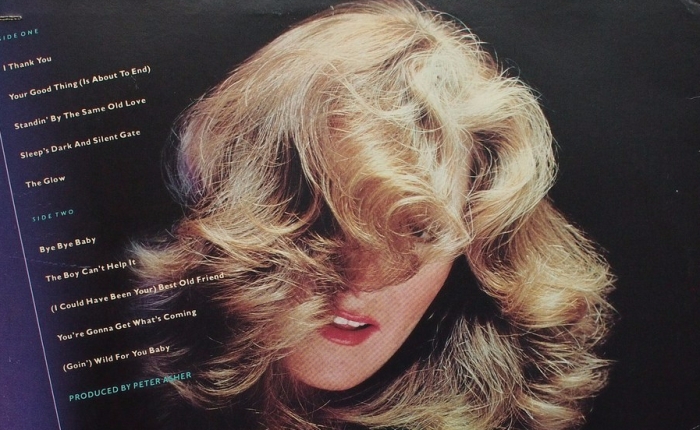 (Featured Image: Back cover of The Glow

In addition to providing a creative outlet for his backing band, the Rebels project also offered Prince an opportunity to experiment with different styles outside the context of his official albums. For the most part, that meant hard rock and New Wave: as we discussed last week, “Hard to Get” was as straightforward a Rolling Stones rip as Prince ever recorded; songs like his “You” and Dez Dickerson’s “Disco Away,” meanwhile, bore the influence of Boston FM rock/New Wave act the Cars, whose sophomore album Candy-O

was reportedly in heavy rotation at the group’s mid-1979 tour rehearsals (Thorne 2016). But in two of his compositions for keyboardist Gayle Chapman, Prince explored less familiar territory–with admittedly mixed results.

The more substantial of the pair was “If I Love You Tonight,” a soft rock ballad distinguished mainly by its oddly theatrical conceit: Chapman playing the role of a woman on the brink of suicide and desperate for connection, apparently inspired by Kris Kristofferson’s “Help Me Make It Through the Night” (Thorne 2016). The track would be revised thoroughly in the years to come–so much that I’m waiting until one of the later versions to discuss it in depth. The other song, “The Loser”–long mislabeled by bootleggers as “Turn Me On”–seems to have been recorded only once, making it unique among Prince’s Rebels songs; and the version that does exist is little more than a stylistic pastiche of his late-1970s labelmate, roots rock singer-guitarist Bonnie Raitt.